Powerful lights meets powerful machine, a tank! On the set of 'The Grounds' Cinematographer, Mark David shares with us behind the scenes from set. In the video below (wait for it...) a tank rolls through a wall, apparently three times!

The Grounds is currently shooting, from their IMDb page the film is slated to be released in, 2017.

To location shoot is owned by the talented, Penn Jillette. Mr. Jillette is an American magician, juggler, comedian, musician, inventor, actor, and best-selling author known for his work with fellow magician Teller as half of the team Penn & Teller 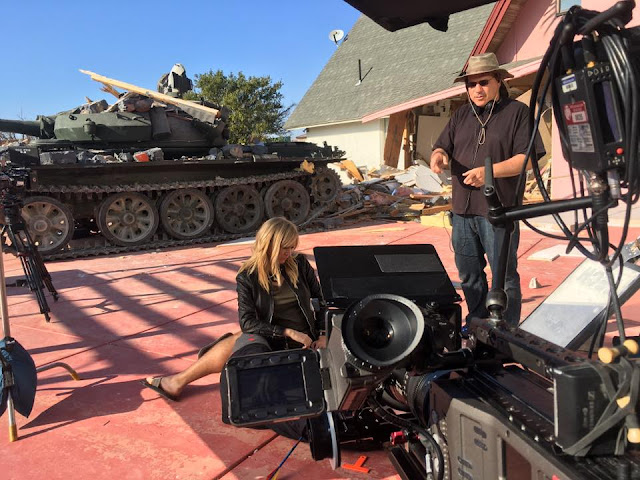 "Third time is a charm? 3rd attempt at driving a tank through Penns house for The Grounds movie" - Justin Powers


The production made it on Fox 5, Las Vegas news!

Posted by Cinemills at 8:03 PM