CINEMILLS Lighting at the Beard and Mustache Competition, 2014

This past Saturday, photographer and CINEMILLS Online Media Director, Russo Mutuc, was in action for the Beard and Mustache Competition, 2014. Lighting his portrait series was several CMC and LEDZ lighting units. 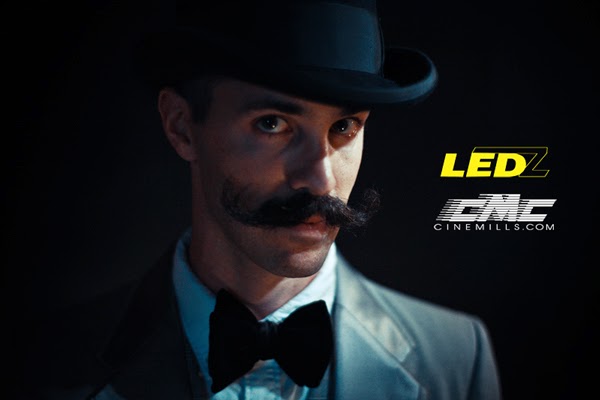 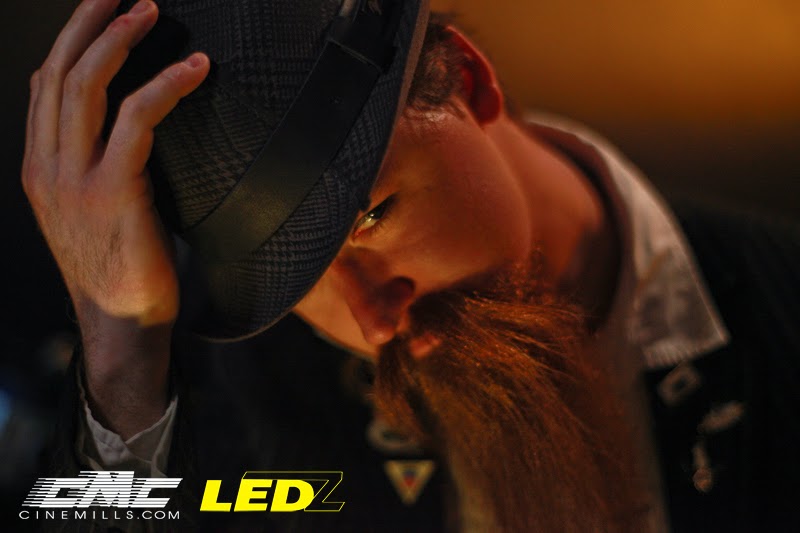 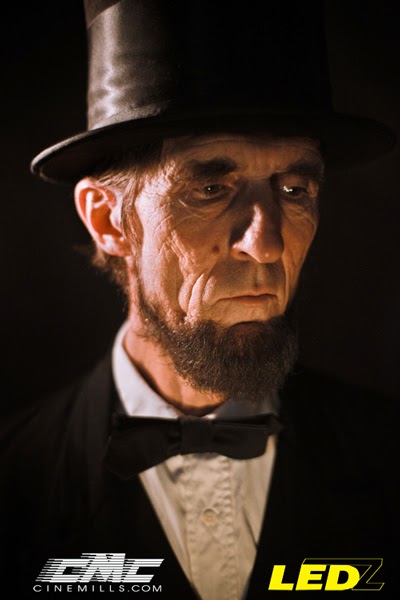 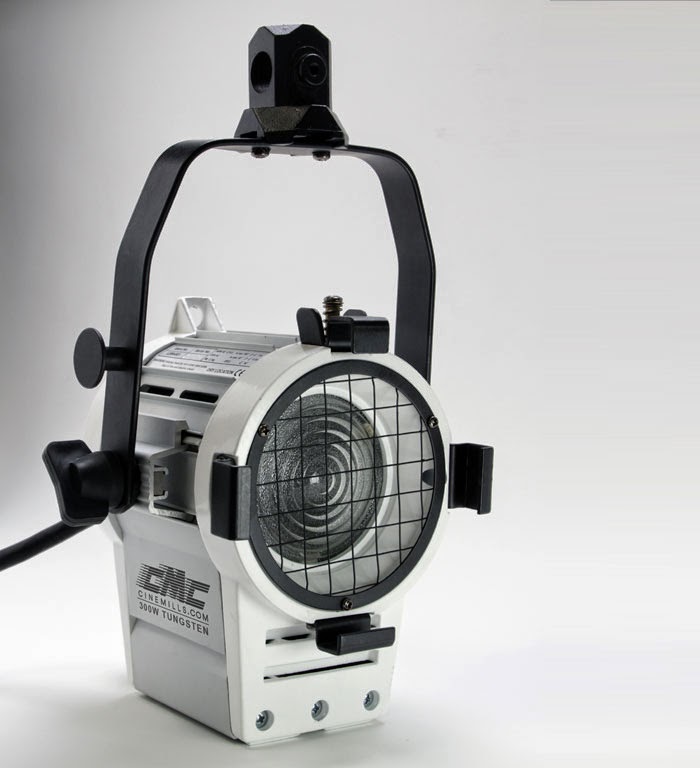 The Cinemills 300 watt tungsten incandescent Fresnel is the most flexible of all the kit lighting fixtures to choice from. At a mere 2.8 amps of 120v current, multiple units can be used on the smallest of circuit protected systems. A 3", wide-angle lens provides an even, flat beam field at extremely short distances and maintains a small footprint on set or in rigging conditions. It’s unusually light weight makes it easy to hang in quick location rigging scenarios, while maintaining a ‘punchy’ output. Despite the small size, the CMC 300w unit maintains all the quality and durability standards set forth by the larger members of our luminaire family. Barn doors and scrims sold separately.

Posted by Cinemills at 7:02 PM No comments:

Last week, our clients from William F. White stopped by CINEMILLS to check out the their big order, as well as the new Media Center. The CINEMILLS crew rolled out the red carpet to welcome in one of our valued clients from Canada.

William F. White International Inc. (Whites) is a Comweb Group member company. Founded in 1963, Whites is Canada's oldest and largest provider of professional motion picture, television, digital media and theatrical production equipment. The company services productions of all sizes from coast to coast and has the most extensive inventory of equipment in the industry, including the very latest in technological advances.


Whites has established a reputation for excellence and is recognized by Canadian and international producers as one of the best rental and sales firms in the world. Whites is also partners with Vilmos Zsigmond in Sparks Camera and Lighting Ltd., a leading Budapest, Hungary-based provider of motion picture production equipment servicing Western and Eastern European producers.

Whites continues to lead the entertainment industry in becoming a green supplier. The goal of the ongoing Whites Goes Green™ initiative, launched in May 2007, is to reduce the environmental impact of Whites' production equipment and business operations as a whole.


Whether theatre, television, digital media or a grand scale movie production, when it's all said and done, there are hundreds of behind-the-scenes people who collaborate to produce superb results on the screen. The dedicated professionals at William F. White International are proud to be recognized as an integral part of the motion picture and television industry in Canada and throughout the world.

Posted by Cinemills at 6:51 PM No comments:

A Closer Look at the CINEMILLS Sprinter Van

Looking closely at the interior of the van, it's equipped with grip and the latest CMC technology - PAR-NEL (HMI), LEDZ, tungsten, generator, dollies, grip, expendables, and more! (Note: The van can also be customized to our clients needs.)

Using the Media Center, the team was able to bring in the van through the big sliding door, and work with controlled lighting through out the shoot. Just another fun and creative day in the office!

While setting up the van for the photoshot, the team was multitasking and getting it ready for Cine Gear 2014. 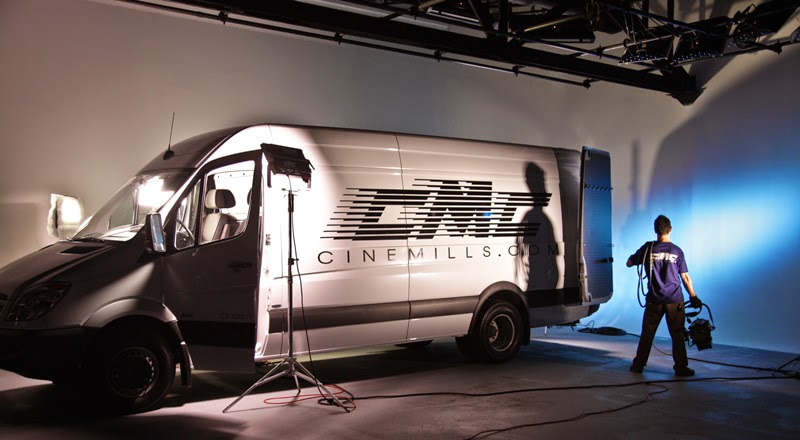 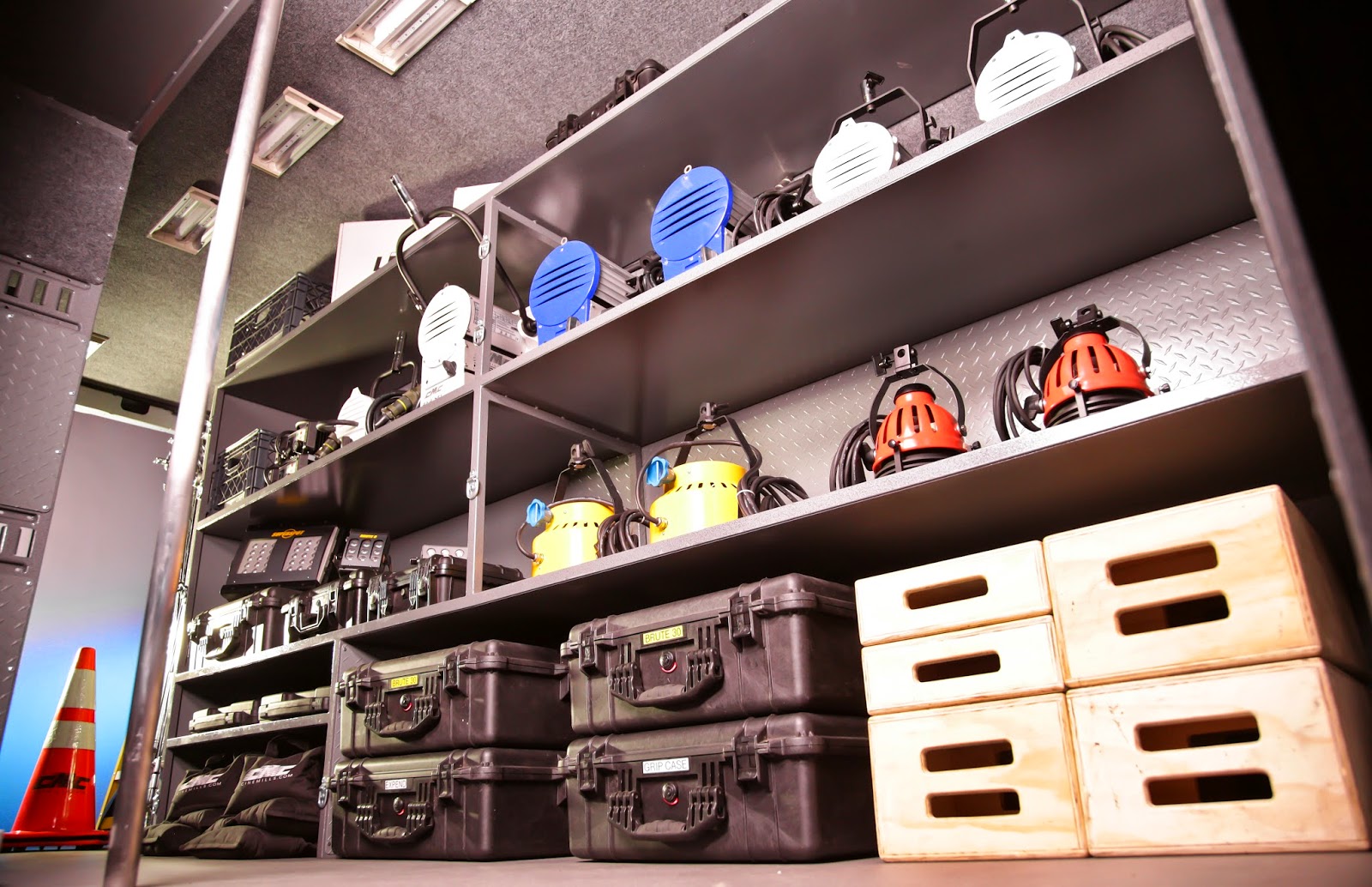 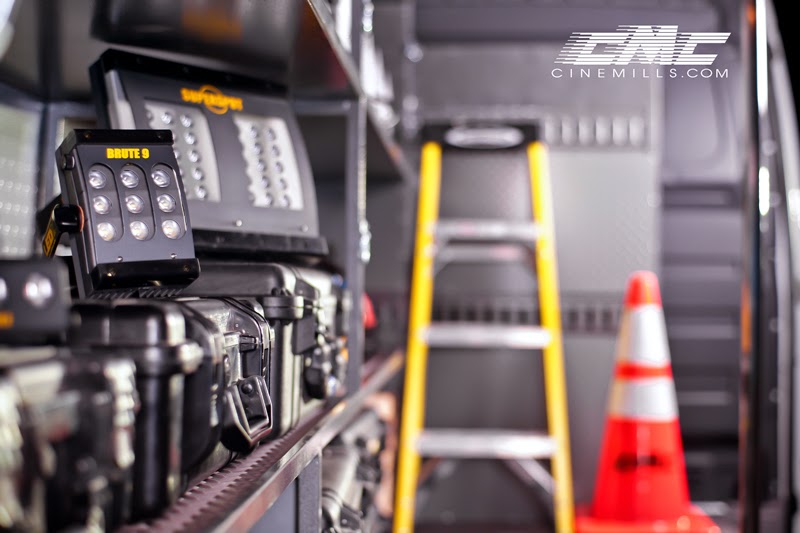 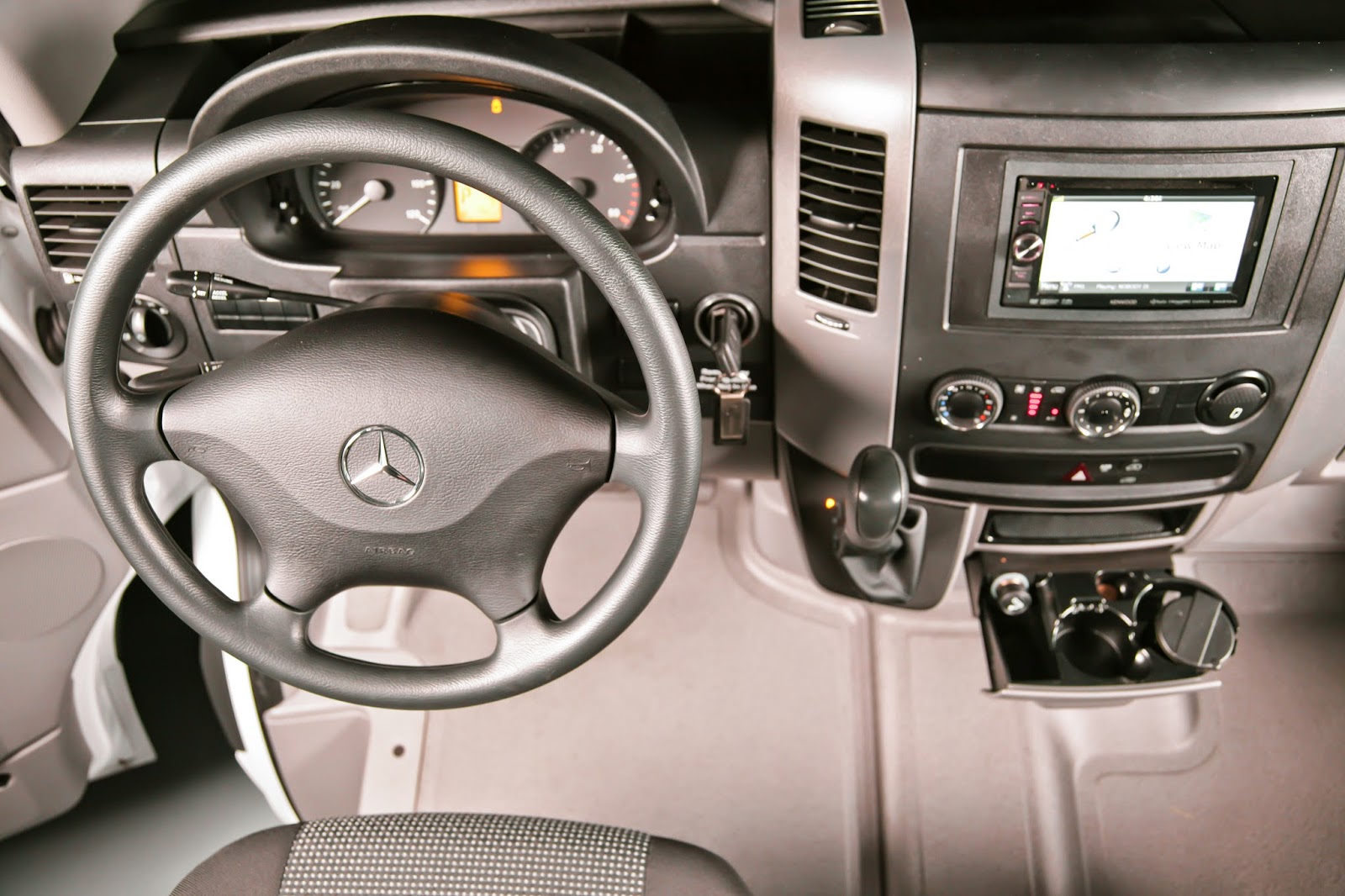 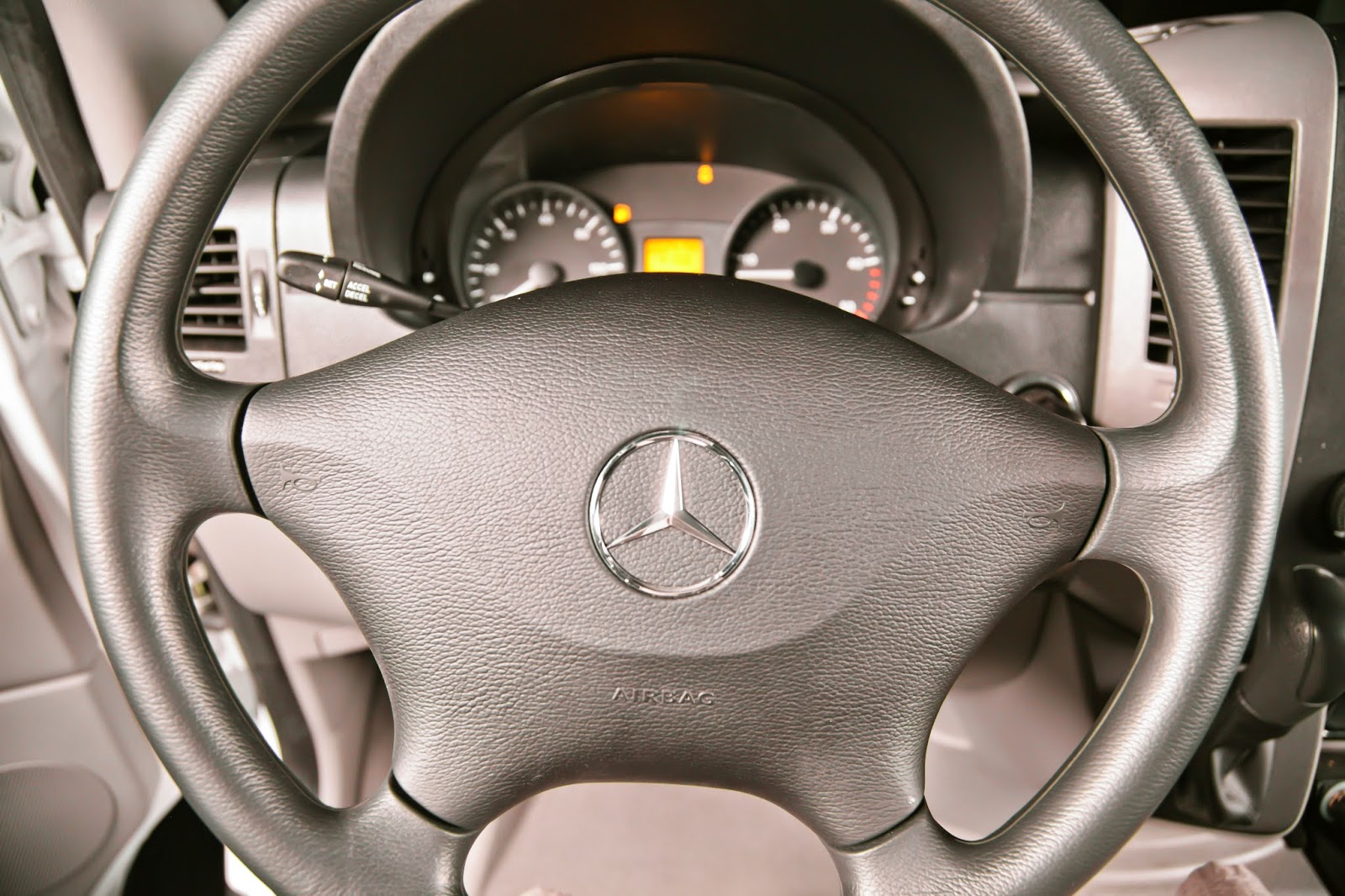 Posted by Cinemills at 7:20 PM No comments: