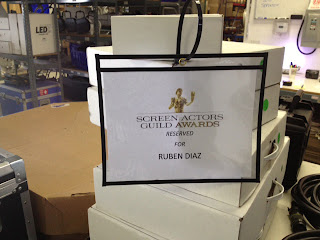 CINEMILLS is honored to be part of another red carpet event, 2013 SAG Awards.

We supplied the event with our latest technology from our LEDZ line, and our newest lights 1200-1800W PAR-NEL.

(Wikipedia) A Screen Actors Guild Award (also known as a SAG Award) is an accolade given by the Screen Actors Guild‐American Federation of Television and Radio Artists (SAG-AFTRA) to recognize outstanding performances by its members. The statuette given, a nude male figure holding both a mask of comedy and a mask of tragedy, is called "The Actor".[1] It is 16 inches (41 cm) tall, weighs over 12 pounds (5.4 kg), cast in solid bronze, and produced by the American Fine Arts Foundry in Burbank, California.[2]

SAG Awards have been one of the major awards events in Hollywood since 1995. Nominations for the awards come from 4200 randomly selected members of the union, with the full membership (120,000 as of 2007) available to vote for the winners. The awards have been televised for the past several years on TNT, but now also airs on TBS.

The inaugural SAG Awards aired live on February 25, 1995 from Stage 12, Universal Studios. The second SAG awards aired live from the Santa Monica Civic Auditorium, while subsequent awards have been held at the Shrine Exposition Center.[3] Bob Hope was given the first award.

Stars of the 2013 SAG Awards, were finger walking at the new E! MANI CAM, lit by LEDZ Brute 3. Designed to see what the stars where wearing on their fingers. 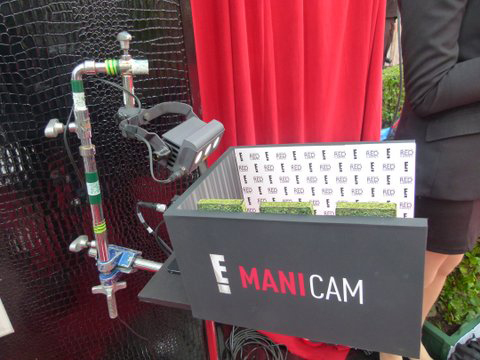 Posted by Cinemills at 3:38 AM